Our new family tradition is to choose just one word to focus on in the New Year, as opposed to a list of lofty goals usually given up on by February.

I started thinking about my word for the New Year around Thanksgiving, and contemplated it while serving at the Missionaries of Charity Mother Teresa Home in Calcutta in December. In hindsight, it seems like an obvious choice for a word to focus on, considering the poverty and destitution I was so exposed to. Truth be told though, it’s an uncomfortable word to have. I went back and forth between several “easier” words as the internal war raged over a fitting 2016 word. Why would I want to sacrifice my comforts, the blessings I’ve taken for granted, especially when I’m a poor college grad without a full-time job?

It really came down to pondering the Cross. My faith becomes stale so easily in this world, clouding my mind with materialism and insecurities. I get caught up in my pursuits, how the world sees me, and a routine religion little more than putting on a show for everyone around me.

There was this floor-to-ceiling portrait at the Mother House in Calcutta. It was the crucifix and in quotes on the left side of Jesus it said, “I thirst,” on the right, “I satiate.” My assumption upon reading this was humans thirst for Christ and He satiates. It’s actually flipped around, which I learned from reading some of the work of Mother Teresa. Jesus thirsts for our love and affection. He thirsts for our attention in a world with so many distractions. He thirsts for our devotion when so many people and responsibilities vie for it. We can satiate His need for our love; all it takes is coming to Him humbled, sacrificing our will to His.

By January 1st, I knew I just had to go with the word He’d laid so heavily and distinctly on my heart. You better believe I fought it, but I’m never one to back away from a challenge; especially one I do know will yank me out of my comfort zone, stretch me to try new things, and result in a grand, unexplored adventure.

I knew one of my sacrifices for the year was sugar.

Yeah, you read that right.

For all of 2016, no sugar for me. I’d be the woman voted off the island for having betrayed our most loyal companion: chocolate. In the 15 days of January I’ve sacrificed sugar thus far, I’ve noticed a difference in my energy levels and my ability to focus. Here’s to 350 more days of this.

This goal was all I had in mind to really focus on sacrificing for the year, besides little things here and there (i.e. going shopping and buying things I didn’t need, my pride and personal gain for whatever the Lord has for me, etc.). Something, call it an epiphany, inspired me the other day to give up something different each month.

I’m hoping to keep myself accountable to this list of sacrifices by posting it for the world to peruse.

January: Sugar and negative self-talk
Sugar is happening for the whole year, but I included it in January as a symbolic washing out of toxins…pairing nicely with its counterpart of negative self-talk. I started January with this sacrifice in order for it to become a habit and carry on throughout the year.

The majority of our thoughts on any given day are about ourselves. We think about ourselves more than anyone else thinks about us. This isn’t to guilt-trip anyone, it’s just a fact of the human race. That being said, what percentage of your thoughts is positive about yourself? And how much is negative?

A self-analysis is helpful to determine this, and then changing the ratio to lean greater in the positive box goes without saying. Here are a couple tips I’ve picked up along the way of changing negative self-talk.

~With each negative thought you catch yourself thinking, replace it immediately with three positive truths about yourself.

~When you notice too much mental capacity and time being spent thinking about yourself, give to another. Whether it’s your time, encouragement, or a gift, shifting the focus in a tangible way of giving to someone else has a way of shifting one’s mind from the negative to the positive.

February: Fried foods and chips
Fairly self-explanatory. I’ll have to get my loaded curly fries from Arby’s in January.

March: 1 hour each day to learn something new
I’m actually already on this, having rented books from the library on learning Spanish, Italian, and Accounting. The last one is based on my dream to open my own coffee shop one day. So far the vocab alone has me stumped, but at least I’ll be sacrificing at least an hour each day to focus on broadening my mind, even if cash accrual and depreciation and LCM inventory tracking goes way over my head. (Like, whaaaat??)

April: Secular music
This is a true sacrifice for me. Sure, I love Hillsong and Bethel praise music, I can get down in the car to some Air 1 (the local contemporary Christian station) every once in awhile, but anyone who knows me knows my real love for hip hop and pop. It’ll still be there in May, though.

May: Comforts taken for granted, i.e. my bed
I hope to spend most of May camping so I don’t even notice the bizarreness of this sacrifice. For the month of May, I’ll be sleeping on the floor. Many of the destitute people I saw in India were lying on the dirty pavement with maybe a thin blanket and their own knapsack as a pillow with blaring horns preventing restful sleep around the clock. I have a carpeted floor, so I’m hoping to gain a greater appreciation for a comfort I take for granted. 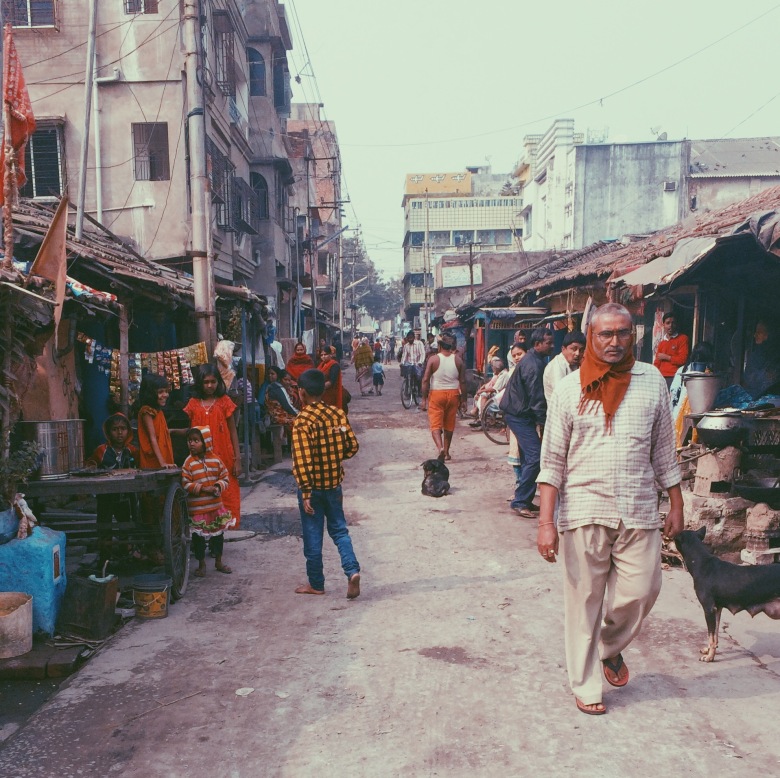 June: Makeup and Beauty Products
Getting ready for the day is one of my favorite things to do. Sacrificing makeup and beauty products is more of a time saver than anything else, but I’m sure it will help me focus more on my internal beauty endowed by Christ, too.

July: Driving
I’m not excited for this sacrifice at all. I also apologize to my parents and brother in advance if I’m mooching rides off you guys everywhere. At least it’ll be warm enough for bike rides. 🙂

August: Starbucks
No Iced Caramel Macchiato’s for the hottest month of the year. Enough said.

September: TV
Unfortunately this includes movies, Netflix, and Hulu. So much precious time is given to the black box, which I want to sacrifice in order to spend more intentional time with friends, family, and yes, you guessed it, Jesus.

October: Shopping
With barely an income, this shouldn’t be too difficult. But I hope it develops a greater sense of contentment with all the blessings I already have, as opposed to chomping at the bit for November 1st and a shopping binge.

November: Social Media
This will be an even tougher sacrifice for me than TV. It’s so automatic to open Instagram or Snapchat on my phone and mindlessly scroll through people’s posts. I won’t even get started on how much time I waste on Facebook. I’m sure I’ll learn a lot and become much less self-focused during a month away from the social media world.

December: Sleeping in
Since I’ve graduated college and am doing what some would call “adulting”, I’ve been stockpiling inspirational articles, books, or even simple GIFS on “What successful people do each day”, “Habits of successful people”, “The morning routine of these top women CEO’s”, etc. (Those are made-up titles, please don’t copy and paste to find them.) Anyways, a recurring habit was getting to bed earlier and rising earlier; basically being more in rhythm with the sun. Since college and rooming with night owl’s, my circadian rhythm has shifted later and later. Sacrificing sleeping in means going to bed sooner. Add lavender tea to the grocery list.

Thanks for reading, holding me accountable, and commenting with your word for 2016! Wishing you all the best in this New Year!

(My “one word” based on the Dan Britton and Jon Gordon book for 2015 was “Warrior”; find my post on what this meant to me here.)

Also, this is not meant to be done in a legalistic manner; rather it’s a way to discipline myself and offer things up to the Lord in my life. Just felt the need to clarify that. 🙂

Let the tall girl know what you think! Cancel reply